Overflow Taps— Making a Difference One Pint at a Time 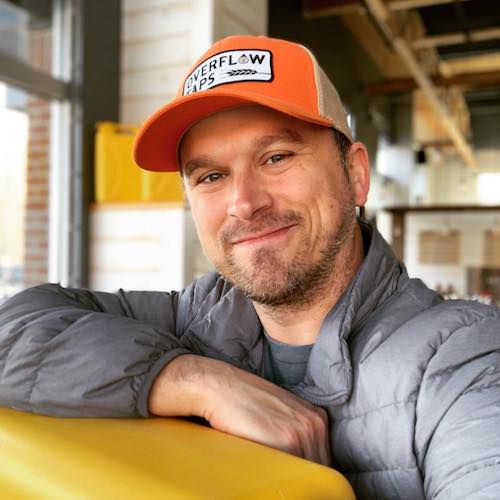 With the craft beer scene taking off in Whatcom County mixed with a love of giving back, Overflow Taps was born!

Jesse Nelson, Adam Stacey and Josh Libolt are the masterminds behind this local taphouse located in Lynden, Washington.

We sat down with Jesse as he explained his motivation in starting a business focused on giving back.

Two years ago, Jesse ran across a video that sparked his interest in Charity: Water.

This non-profit organization helps raise awareness and money in order to provide clean and safe drinking water to every person in the world. Jesse had the opportunity to meet the owner of Charity: Water, which was beneficial to attach a physical connection with the emotions Overflow Taps has toward this global crisis.

Nearly 663 million individuals in the world are without clean drinking water. Yet it only takes 30 dollars to supply one person with clean water for the rest of their life.

To help alleviate this global crisis, Overflow Taps donates $0.25 for every pint they sell.

The main challenge that Overflow Taps was faced with was getting financing from banks to fund their start-up idea.

Two banks had issues with the charity proposition and were unsure about the craft beer scene in Lynden.  So Jesse and his partners got creative.

Overflow Taps was successful in raising the funds they needed through crowdfunding and family to open their dream tap house.

Overflow Taps sought guidance from the SBDC to help assist them in developing financial projections and cash flows. Since Overflow Taps is unlike any other business in Lynden, the SBDC helped collect census data to be able to project the future sales of this business.

SBDC has helped with overall guidance and resources. They were able to guide us through the entire process and saw that we were serious about our vision for success and we're committed to what we were doing.